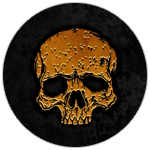 When assigning Monster damage during the Battle Phase, can the player choose to suffer the damage instead of an Ally?

No. The player has to assign Monster damage to as many Allies as possible, then whatever damage can't be assigned to Allies is assigned to the player.

Yes. We apologize for the confusion on this point.


After I reveal a card, do I just return it to the respective Deck?


In Survival Mode, do I draw 5 cards on the first turn, or 4 cards because I'm the first player?

You draw 5 cards on your first turn in Survival Mode. 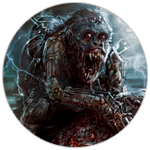 Yes. When the Escaped Experiment is slain, it is discarded, which ends its effects (since it’s no longer in the Room). 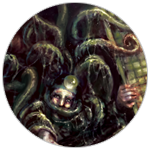 The Grasping Tentacles card prevents cards from leaving a player’s Room outside of the Battle Phase. Does this mean that cards in your Room will remain in your Room after your turn is finished? 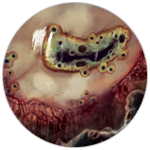 The Eye of Shal’tcha says that while it is face-up in the Asylum or any Room, Allies in the Asylum and all Rooms have no game text. If the Eye’s ability is in effect, do I gain a benefit from cards that do things when they enter my Room (such as the Final Girl or Brutish Orderly)?

No. Allies are blanked out the moment they enter your Room, so their “when this card enters your Room” abilities never take effect. 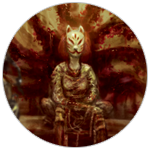 The Malevolent Kitsune’s ability takes effect while it is “face up anywhere.” Does this include the Discard Pile?

Technically yes, but since its effects end when it leaves play, it has no appreciable effect upon gameplay while in the Discard Pile